Moving From No to Yes in Negotiation 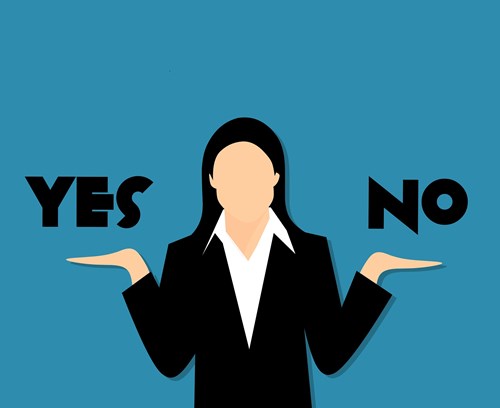 It’s something most of us hear on a day to day basis (and if you’re a parent you probably hear it more frequently still!). Whether it be customers, suppliers or even your boss…. Hearing someone say NO to our proposal is a fairly generic problem and one which often results in our discussion entering ‘Deadlock’. What’s to be done in this situation? Is our negotiation dead in the water? Or is there a way to resurrect it?

It’s a dilemma I found myself discussing with a recent participant on a course I was delivering. She disclosed that the $5,000 fee had been paid out of her own pocket because her boss said “no”!

My advice to her for future discussions with her boss around training requests are the same for any commercial or personal situation where your proposal has been rejected:

Often, after exploring how a request/proposal was knocked back, we discover that it was never actually explicitly requested and explored through to a yes/no. Rather it was a vague proposal, a suggestion or discussion point. You need to take control by making a clear and well-structured proposal and then seeking a response.

In this case it could have been along the lines of “Boss, are you able to approve $5,000 and 3 days for me to attend Scotwork’s Advancing Negotiation Skills program?”.

As negotiators, we know that “NO” isn’t the end of the matter… it is the start of the negotiation! We need to explore and surface the reasons why it was a “NO” so that we can then uncover how the NO could move to a YES.

In response to her proposal, the boss might say: “We have internal training options that cover negotiation”

It is a good idea to check your understanding of the reasons after they are surfaced and then explore how they could be addressed. In this instance she could ask:

It is at this point often more objections are surfaced. Maybe the boss now adds: “It is also too expensive and I have no budget”. At which point you would build on what was already explored. She could say:

Of course, there are no guarantees, but this approach of understanding why a proposal is not accepted will help you efficiently explore whether there could indeed be a deal reached. This applies to any negotiating scenario, internal/commercial or otherwise!

Let me know if you need help getting something over the line or resurrecting an old deadlock!

Ben Byth
More by Ben Byth:
Don't Argue to Win
Negotiation is a Two Way Street
Back to Insights