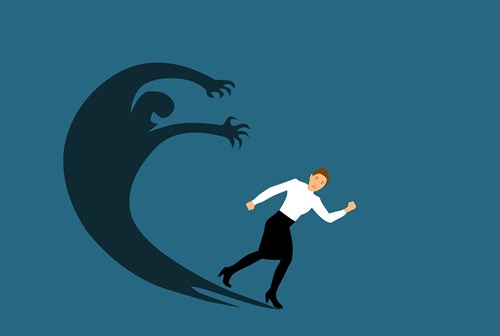 Regardless of our positions or industry, we all will deal with difficult people at some point or another. For some, this could even be on a daily basis! They may be suppliers or colleagues; however their common thread is that they are people making demands and how we deal with them will have a material effect on both the relationship and our own sanity.

In my experience there are often three common negotiating stereotypes you are likely to encounter. I have outlined them below along with my tips for the best way deal with each!

Sporting Sally is Only Asking to See What You Do

We have all met this fiend - they don’t really need their demand satisfied; they are simply doing it for sport. A Sporting Sally wants to test their ability and see how far you will jump for them. Think of Sporting Sally a bit like that kid in the playground with a magnifying glass burning ants. The problem is if the ants catch fire… Sally is only encouraged!

A participant on a course I taught a few weeks back was a Sporting Sally. They revealed that they had gone to one of their suppliers to see if they could secure a discount simply to try out their new skills. The organisation they worked for wasn’t really interested in the $250,000 discount they achieved from their supplier… so uninterested in fact that it took further negotiating internally for Sally to get their boss to sign the paper work accepting the discount.

It is critical to ask a Sporting Sally questions about their demands to uncover if it is sport (ambit) or a genuine need that must be addressed. Ask Sally questions like:

• Why are they asking for it?

• Who in the organisation has tasked them with this objective?

• What happens if you can’t achieve it?

If it turns out to be an ambit demand and Sally still persists with wanting it after it is clear they are only in it for the sport, you could block it by asking for something equally ambit in return.

However, if it is a real need, you could trade it to Sally by asking for something reasonable in return.

Another common negotiation bogeyman is the Ravenous Rory. Rory isn’t happy until we are nothing but bones and rags and even then, their demands won’t stop. The good news for us is that Rory is probably only getting so greedy because we have made them uncomfortable! Rory became ravenous because we inadvertently signalled that we were happy with the deal, which gave Rory the impression we were making too much money.

One of the most effective ways of getting a Ravenous Rory excited is to concede something. Rory gets all hot and bothered because from their perspective - people only concede when they have value left on the table. Seeing these unconditional concessions breeds greed in Rory rather than gratitude (Rory very rarely says “thankyou” … instead they’ll say, “what else can I have?”).

Calming a Ravenous Rory down is not easy once they are wound up, it requires discipline and patience. Rory gets comfort from needing to pay a price for you to meet their demands. You might say to Rory: “Rory, if you don’t mind that we push the deadline out by 2 days and you also accept our fee variation, then I’m happy to include this additional scope”. If you do not charge for the extra work and push the timeline, Rory assumes you are simply taking the mickey and need to be managed so they’ll start giving you more to do!

Timewasting Terry is Fobbing You Off

I must admit to being a Timewasting Terry from time to time when I’ve been asked to do something I would rather not do… instead of saying ‘no’ I have given my counter party a task to achieve first. Terry is like Ravenous Rory in that they ask for more… but for different reasons.

For example, if Terry is asked to compile research on a historical customer, they might ask that their colleague set up reports for them in Salesforce so that they may access the information. If the colleague eventually comes back with the reports, Terry might then ask them for files from the archives. The tasks are meaningless and time-consuming in the hope that the colleague does not bother coming back. If they do come back, Terry simply continues to pull out the time-wasting exercises to get in the way.

Timewasting Terry will keep going until you put an end to it. One way to do this would be to trial close Terry before agreeing to their time-wasting tasks… ‘Terry, are you saying if I have these reports made you will be able to compile the client research?’. Terry may still try to deal creep you… but at least you are making it harder.

If you found yourself relating to Sporting Sally, Ravenous Rory, or Timewasting Terry… be wary because these are not fun people to hang around and you run the risk of losing friends, colleagues and clients.

If you find yourself on the receiving end, be patient and disciplined about the response because these guys will change their behaviour if you stick at it!